In a now seminal experiment that challenged the concept of unidirectionality of developmental differentiation, Shinya Yamanaka and Kazutoshi Takahashi demonstrated that an adult somatic cell could be epigenetically reprogrammed to pluripotency with a quartet of key transcription factors known to be expressed in early preimplantation embryo development.   Reprogramming to pluripotency is now an established technology and routinely used in basic research, disease modeling and regenerative medicine. iPSC generation from individual patient cells may be acquired by noninvasive means such as collection of epithelial cells exfoliated from the kidneys in urine or the shedding of hair follicles to isolate dermal papilla cells, or by conventional methods like cell biopsy of dermal fibroblasts and phlebotomy to collect peripheral blood mononuclear cells (PBMCs).  A variety of avenues exist to generate iPSCs though, vehicles and biotypes vary considerably in efficiencies. Viral-mediated transduction robustly supports dedifferentiation to pluripotency through retroviral or DNA-viral routes but carries the onus of random insertional gene inactivation. Additionally, epigenetic reprogramming by enforced expression of OSKM through DNA routes exists such as plasmid DNA, minicircles, transposons, episomes and targeted integration into host chromosomes to express reprogramming genes has also been demonstrated; however, these methods suffer from the burden to potentially alter the recipient genome as they are intentionally integrated or may become integrated during the reprogramming process and would not be satisfactory for clinical translation. While protein-mediated transduction supports reprogramming adult cells to pluripotency, the method is cumbersome and requires recombinant protein expression and purification expertise, and reprograms albeit at very low frequencies (Kim et al., 2009). A major obstacle of using mRNA for reprogramming is its lability, short half-life and that single-stranded RNA biotypes trigger innate antiviral defense pathways such as interferon and NF-kB-dependent pathways. To achieve clinically relevant human iPSCs, a survey to compare non-integrating methods for pluripotency induction demonstrated that Sendai viral RNA was efficient and highly reliable (Schlaeger et al 2015¹). An overarching goal of scientists is to replace current reprogramming methods containing transgenes with small molecule compounds to induce pluripotency by chemical induction. These small molecules should be cell permeable, reversible and easily titrated to manipulate cell fates. Recent advances in cellular reprogramming to pluripotency by chemical induction alone is possible in some strains of mice with a seven-compound cocktail (VPA, CHIR99021, 616452, tranylcypromine, forskolin, AM580, and EPZ004777). However, efforts to translate these protocols to human cells to induce pluripotency by only small molecules has not been achieved.
At NovoHelix, we offer a flexible pipeline to generate clinical-grade human iPS cells for modeling human genetic disorders or for translational applications such as screening FDA-approved chemical libraries for therapeutic targets.  We have developed effective strategies to generate human iPSC lines without animal products and xenogens, and use chemically defined media and extracellular substrates like recombinant human laminin or vitronectin to support feeder-free human iPSC culture.  For mouse ES and iPS cells, we provide a range of solutions for maintaining naïve pluripotency with defined culture systems such as N2B27 media containing LIF and 2i inhibitors.
services
technology
references
forms
quote request
services 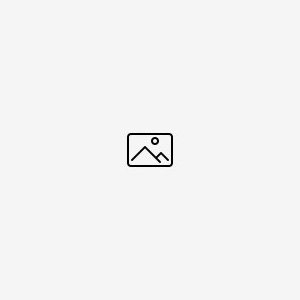 all work performed in the USA